History of the Creameries

The BYU Creamery has been a part of life at Brigham Young University for decades. Here’s an inside look into the history of the Creameries as students know it today, how Creamery ice cream is made, and what really makes it so delicious!

It all began in 1946, when the Church purchased a dairy farm in Elberta, Utah, about 35 miles south of Provo. In 1949, the BYU Dairy Products Laboratory opened. This lab provided milk and other dairy products for campus. This early version of the Creamery had a small sales room where customers could buy fresh dairy products like milk, cheese, and ice cream.

In 1954, the Dairy Products Lab joined with BYU's Animal Science Department. Students who were studying agricultural science, food science, or animal science helped with dairy production and working the laboratory. The farm in Elberta supplied Dairy Products with milk to use for its products. According to a 1975 record of BYU history, by 1959 the average BYU dairy cow was producing 6,276 quarts of milk and 470 pounds of butter, much more than the average dairy cow at that time. 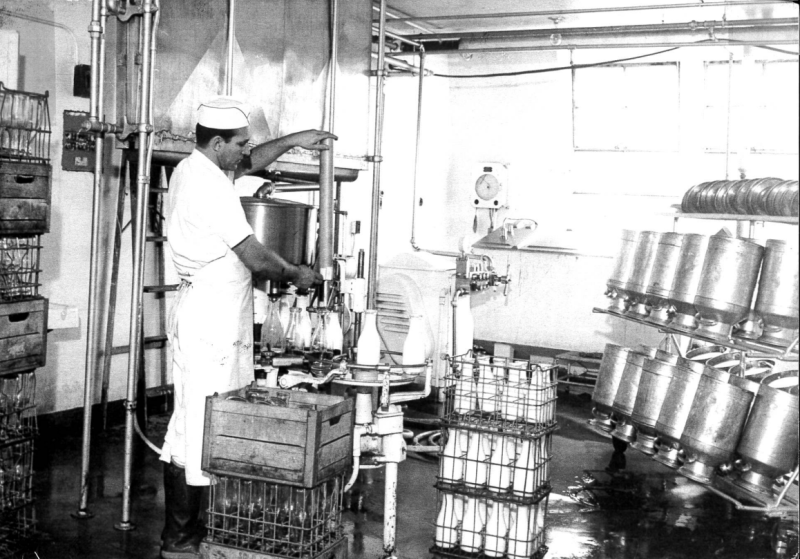 A dairy worker bottling milk in an old facility. Note the tin milk cans to the right.
2 / 5 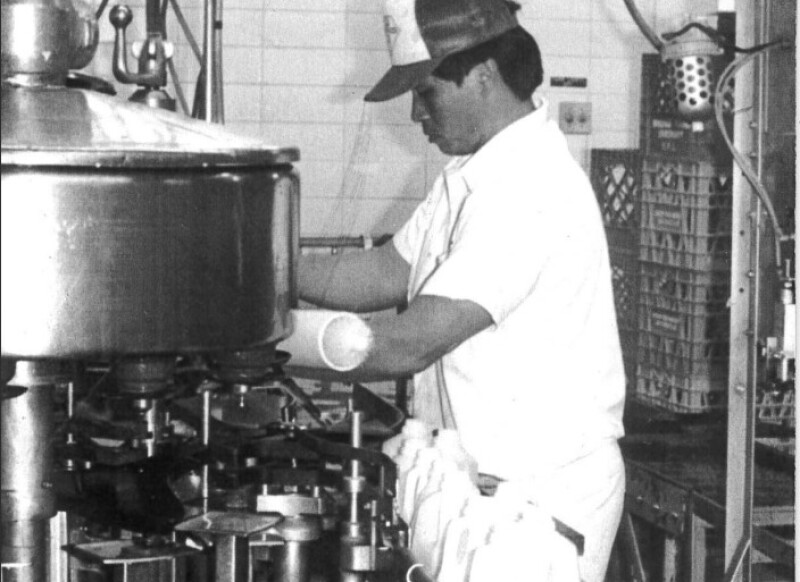 A creamery employee filling gallons of milk in an old facility.
3 / 5

The original BYU Creamery logo, which used to appear on milk bottles.
4 / 5 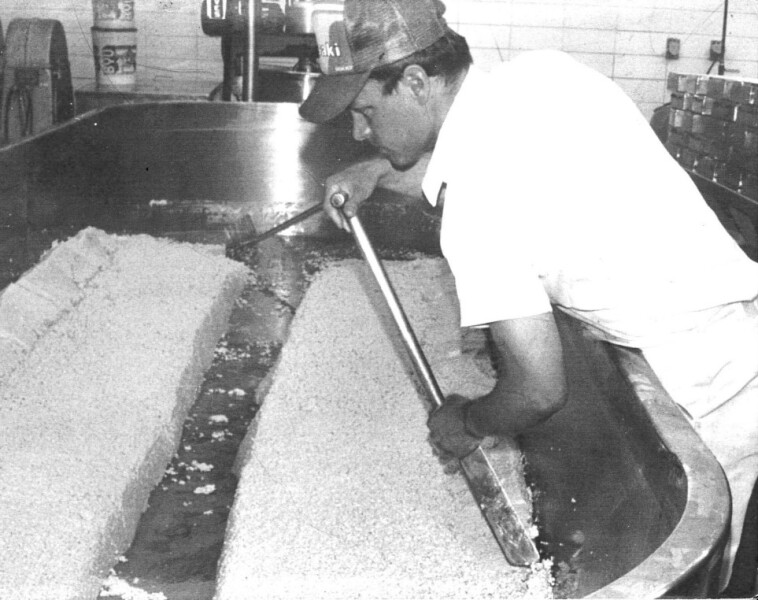 A worker mixing curds, which will be used in things like cottage cheese.
5 / 5

A milk truck which brought milk from the dairy farm to the processing facilities. The dairy lab would receive multiple trucks a day!
❮ ❯

In the summer of 1999, Kent's Market (also known as Carson's Market), located on Ninth East in Provo, closed its doors. The widow of the owner willed the building to the University. There was lots of discussion about what to do with the building. Tear it down? Build a parking lot? The decision was made to renovate it and turn it into a grocery store — The Creamery on Ninth.

With renovations beginning on March 14th, 2000, and finishing by August that year, this million dollar remodel finished in record time! On August 24th, 2000, the Creamery on Ninth had its grand opening. It was the first full-service grocery store on any college campus in the United States. Ever since the Creamery on Ninth has served thousands of happy customers. Today, there are 5 Creamery locations! Click here to learn more about them.

From Cow to Cone

The Creamery prides itself in the quality of its ice cream. The ice cream is so thick and creamy because it has 2 - 4 percent more butterfat than most other ice creams. Creamery ice cream holds a special place in the hearts of BYU students, faculty, and alumni alike. alumni often bring their families back to the Creamery to relive moments when they got ice cream there while students. BYU Sports fans often get ice cream after games. And the Creameries are all popular date locations. No wonder more than 191,000 gallons of Creamery ice cream are served each year!